Thermogravimetric analysis, also known as TGA is a technique frequently used in thermal analysis in which a change in the weight of a substance is recorded as a function of temperature or time. Composition, purity, decomposition processes, decomposition temperatures, and absorbed moisture content are among the characteristics and behavior that can be measured by TGA.

TGA is one of the best methods for determining the thermal characteristics of substances including chemicals, pharmaceuticals, and materials made of plastics, elastomers, and thermosets as well as mineral compounds and ceramics.

TGA gives a quantitative evaluation of any weight changes brought on by thermally induced transition. The method involves heating a sample at a controlled rate i.e. for a substance with a known initial weight, the temperature is raised steadily, and at various time intervals, the weight changes are recorded as a function of temperature. The results may be presented in the following two ways:

Due to the distinct order of physical transitions and chemical reactions that take place over specified temperature ranges, the TG curve is unique to a given substance or material. Because of physical changes and the building and breaking of chemical bonds at high temperatures, weight changes result. In either inert or reactive atmospheres, TG typically operates in the 1200oC temperature range. The molecular structure frequently affects the thermally induced reaction rates.

A typical TG curve for CuSO4.5H2O can be shown as:

The graph presented here can be categorized into horizontal and vertical portions. The horizontal portions signify regions where there is no weight loss, while the curved region in the vertical portion indicates weight loss. The calculations on compound stoichiometry can be done at any temperature since the TG curve is a quantitative equation.

CuSO4.5H2O consists of four distinct regions of decomposition as illustrated below:

A derivative thermogravimetric (DTG) curve is produced by plotting the weight change over time (dW/dT) vs temperature. When there is no weight loss, dW/DT is equal to zero in the DTG curve. A maximum slope on the TG curve is represented by the derivative curve’s peak. A shift in slope occurs on the TG curve when dW/dT is minimum but not zero, which is known as an inflection.

The fundamental instrument needed for TG is a precision balance with a furnace designed to linearly increase temperature over time. The block diagram for the instrumentation of TGA is illustrated below:

The major components of the thermogravimetric analyzer (thermobalance) are:

The balance and the furnace assembly are the two key components of thermobalance. A shallow platinum crucible (also known as a sample container) is used to hold the samples and is connected to an automatic recording microbalance. In thermogravimetry, null point balances are the most often used form of the balance system. The null point approach causes the balance beam to move away from its normal position whenever there is a change in weight. Hence, a sensor detects this deviation and initiates a force that will restore the balance to the null position. This restoring force is proportional to the change in weight.

Some of the major requirements for the thermobalance are:

Some of the major applications of TGA are: 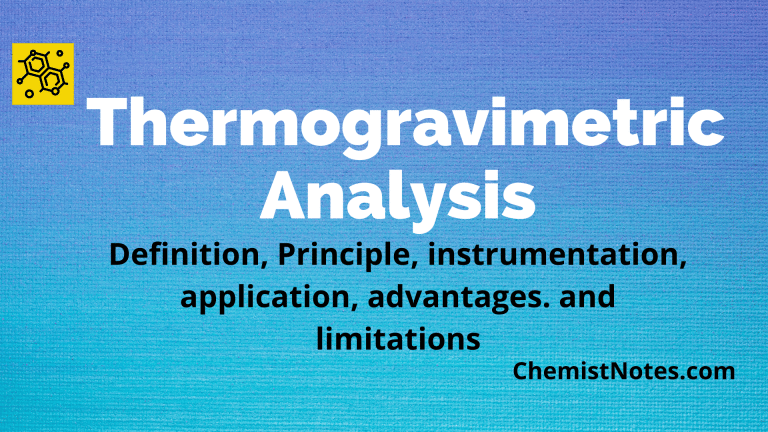