Colocasia is a flowering plant that belongs to the Araceae plant family and is also known as taro, eddo, gaava, arbi, pidalu, karkalo, etc. It is indigenous to the subcontinent of Asia. Moreover, the corms, leaves, and stems of Colocasia/taro are edible after being completely cooked.

Southeast Asia or southern Asia are the likely genesis regions for taro. Taro, one of the first domesticated crops, is said to have originated in various locations, including New Guinea. Early Pacific explorers took taro with them on their journeys.

Lots of varieties of Colocasia are found in different countries.

Is Colocasia toxic to human beings?

If consumed raw, every part of a plant is poisonous. When properly prepared, Colocasia is not dangerous but can produce rapid scorching pain and swelling of the lips, mouth, and tongue when chewed or eaten raw.

Few of us are aware of colocasia’s amazing benefits. Some of us even detest it or have yet to try it. However, it has a lot of benefits as below.

Some of the unique dishes from Colocasia are listed below:

Difference between Colocasia and Alocasia

They both come from the same family, so there aren’t many differences between them. However, Colocasia tubers are larger, swollen, and surrounded by striped bands, whereas Alocasia tubers are thinner, plainer, and lack prominent stripes. Likewise, Alocasia leaves appear to stand horizontally with tips pointing upward, in contrast to Colocasia leaves, which are seen to drop downward.

Yes, it has more than twice as much fiber in comparison to potatoes, which helps with constipation, diarrhea, and acid reflux while also improving digestion.

Why does Colocasia cause itching?

When touched by anyone or consumed raw, calcium oxalate crystals induce irritation since they are present.

Are Colocasia and alocasia the same?

Both plants have enormous leaves that are frequently referred to as “elephant ears,” although their leaves differ significantly. Alocasia’s leaves are upward-facing and stand up horizontally, but Colocasia’s leaves typically point downward.

Is Colocasia good for diabetes?

Colocasia sometimes referred to as “gabi” in the Philippines, is a traditional source of dietary fiber for diabetics that reduces post-meal blood glucose levels.

Is Colocasia safe during pregnancy?

It is a good source of calcium and should only be avoided if you are allergic to it.

What is Colocasia in Hindi?

It is commonly known as arbi in Hindi.

Why are Colocasia leaves turning yellow?

It might be caused by infections, poor lighting, an imbalance in the watering system, or both.

How can calcium oxalate be taken out of taro leaves?

Overall, boiling the taro leaves reduces the amount of soluble oxalate in the cooked tissue, which is a successful strategy. 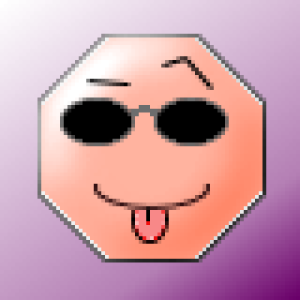 ChemistNotes.com (Chemistry Notes) is a free world-class online resource of Basic, organic, inorganic, physical Chemistry Notes for students. From simple notes to advanced level notes, Organic & Inorganic chemistry Notes, you can find them all in one place.