The physical and chemical properties of the elements in this group are very similar as the main objective of the periodic table is to study the elements and their compounds in a structured way and organized manner.

What are Alkaline earth metals?

The term “alkaline” refers to the fact that when these elements combine with oxygen, they produce basic compounds. Also, the name “earth” refers to that group 2 metals, like calcium and magnesium, are among the prevalent elements of the planet’s crust.

These elements have the general electrical configuration: ns2

Some of the common properties of Group 2 elements are:

The chemical behavior of alkaline earth metals is characterized by their great reducing power, which allows them to produce bivalent cations (M2+) extremely quickly. On descending within the group, the elements in group 2 become more electropositive.

Calcium, strontium, and barium react similarly to sodium but are somewhat less reactive.

Except for beryllium, all metals create oxides in the air at ambient temperature.

[Notes: The data presented in the table may vary from textbooks]. 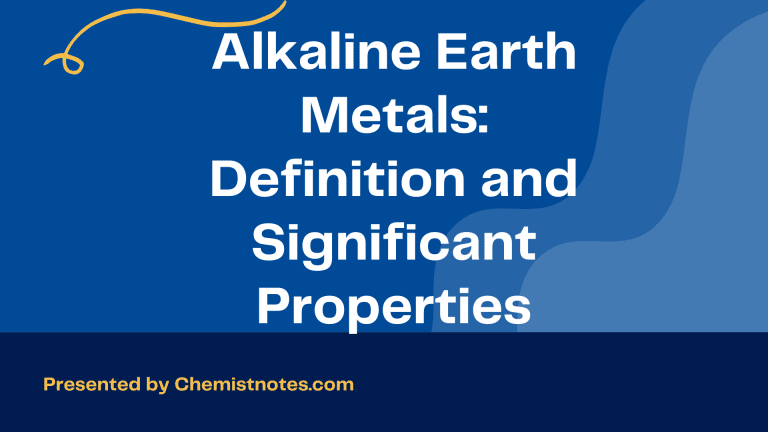