What is the difference between a cell and a battery? A cell is a single arrangement of two electrodes and an electrolyte that can produce electrical energy as a result of a chemical reaction occurring inside the cell or can produce a chemical reaction as a result of electricity passing through the cell. Whereas. a battery is a combination of two or more cells arranged in series or parallel.

There are two types of electrochemical cells.

An electrolytic cell is a device in which physical or chemical changes occur due to an external supply of electrical energy. An electrolytic cell is used for the purification of metals. Examples: Extraction of sodium from the molten sodium chloride( Dow’s process), Electrorefinement of blister copper, electrolysis of an aqueous solution of HCl into H2 and Cl2, etc.

Let us consider an electrolytic cell involving the electrolysis of molten sodium chloride using the platinum electrode. One electrode is connected to the negative terminal of an external battery which supplies electrons to the metal electrode. Similarly, another electrode is connected to the positive terminal of the battery. When electricity is passed, the ions present in the solution carry electricity within the solution.

A galvanic cell is a device in which electrical energy is produced due to the occurrence of some physiochemical process in the cell. Example: Dry cell, lead storage battery, Daniel cell, etc.

If the emf produced is due to net chemical reaction occuring in the cell, then it is said to be chemical cell. Whereas, if the emf is due to the transfer of matter from one part to another part, then it is said to be concentration cell. Further, depending upon wheather, there exists actual contact of two solutions or not, the cells are classified as cell with or without transference. 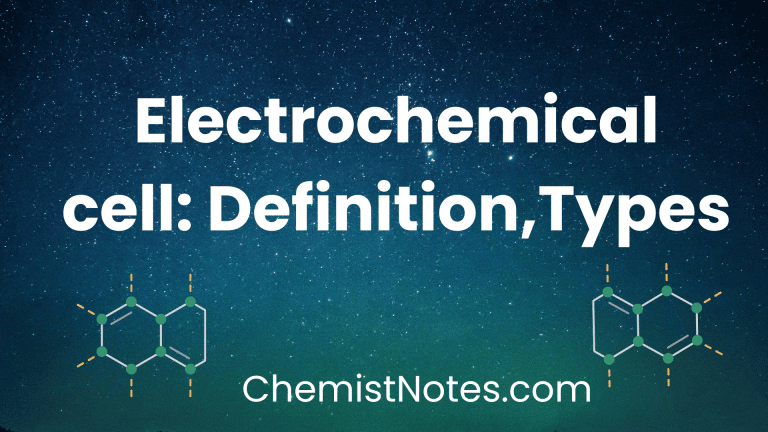 Rabin Budhathoki is currently pursuing his Masters Degree in Chemistry at Tribhuvan University. Alongside, his excellent academic achievements during his undergraduate years, he has been currently engaged in various Research Projects. His passion for naturalistic studies is well reflected in his involvement in seminars and discussions in scientific forums.

Law of mass action: the law of chemical equilibrium