A coordination complex of rhodium with the formula [RhCl(PPh3)3] (Ph = phenyl) is known as Wilkinson’s catalyst. Its chemical name is chloridotris(triphenylphosphine)rhodium(I). It is a solid that has a reddish-brown appearance and is soluble in chlorinated solvents like dichloromethane and tetrahydrofuran, as well as hydrocarbon solvents like benzene. As a catalyst for the hydrogenation of alkenes, the substance is frequently utilized.

It is so named in honor of Sir Geoffrey Wilkinson, a chemist, and Nobel winner, who made the usage of it more popular.

Wilkinson’s catalyst is an example of a Homogenous catalyst. By definition, homogeneous catalysis refers to a catalytic system in which the catalyst components and the reaction substrates are incorporated together in one phase, most frequently the liquid phase. In Wilkinson’s catalyst rhodium is a central atom.

Rhodium is joined to three triphenylphosphine units in Wilkinson’s catalyst structure by three single covalent bonds, while one chlorine element is joined to rhodium by one single covalent bond. dsp2 is a Wilkinson catalyst hybridization. The square planar shape is represented by the dsp2 hybridization. Because the orbital involved in this compound is an inner 3d orbital, it is an inner complex molecule.

It should be noted that Wilkinson’s Catalyst uses a square planar structure as determined by single-crystal X-ray diffraction investigations (slightly distorted). In this molecule, the rhodium center is bonded to four ligands.

In the presence of ethanol, hydrated rhodium(III) chloride can be used to produce Wilkinson’s catalyst by reacting with excess triphenylphosphine (which acts as a refluxing agent). Triphenylphosphine, which has the chemical formula P(C6H5)3, functions as a reducing agent in this instance and has the capacity to oxidize itself from an oxidation state of +3 to +5.

One equivalent of triphenylphosphine is used to produce Wilkinson’s catalyst, reducing rhodium(III) to rhodium(I) while the other three equivalents act as ligands for the metal.

1. Hydrogenation of alkene by Wilkinson’s catalyst

The addition of hydrogen in the presence of a catalyst to convert alkynes and alkene to alkanes is simply known as hydrogenation. It is also called an oxidative addition and reductive elimination reaction.

The 18-electron dihydrido complex is formed by the oxidative addition of H2 to the 16-electron complex RhCl(PPh3)3 (B). A phosphine ligand dissociates from (B) to form the coordinatively unsaturated complex (C), which then produces the alkene complex (D).

Adding hydrogen to the coordinated alkene in (D) results in the formation of a transient 16-electron alkyl complex (E). This complex accepts a phosphine ligand to produce (F), and then hydrogen migration to carbon causes the reductive elimination of the alkane and the reformation of (A), which is predetermined to continue the cycle.

It is known of a slower, parallel cycle (not depicted) in which the addition of H2 and alkene occurs in the wrong sequence. Another cycle, based on the 14-electron intermediate [RhCl(PPh3)2], is well known. Despite the fact that there is a very small amount of this species present, it contributes significantly to the catalytic cycle and reacts with hydrogen much more quickly than [RhCl(PPh3)3]. This cycle’s (E) direct alkane elimination would regenerate [RhCl(PPh3)2], which quickly added H2 to produce (C).

It is used for selective hydrogenation. Some examples are listed below:

Selective hydrogenation of alkenes and alkynes can be done using this catalyst without affection functional groups like C=O, CN, Aryl, etc

A coordinatively unsaturated 16-electron state is present in the Wilkinson catalyst. Thus, oxidative addition, which increases the metal’s electron count by +2, is the initial step. This reaction is useful when a carbonyl group must be removed after being required for activation in a stage of a synthetic sequence. This catalyst undergoes an intramolecular reaction known as decarbonylation that results in the retention of configuration at a chiral R.

Bonds between carbon atoms have also been formed using rhodium complexes. The first stage in the example includes inserting a methyl group into the coordination sphere of rhodium using a combination of ligand association and dissociation steps. Finally, a reductive elimination connects the methyl group with the benzene ring to form toluene after an oxidative addition first inserts the phenyl group into the rhodium coordination sphere.

Advantage of Homogenous catalyst over heterogenous

Working with homogeneous catalytic hydrogenation has the advantage of eliminating hydrogenolysis. As an example, Wilkinson catalyst. While hydrogenation with a metal catalyst leads to the breaking of the O-benzyl link, benzyl cinnamate gives the dihydro derivative neatly.

Why Wilkinson’s catalyst is an organometallic compound?

What is Wilkinson’s catalyst?

A coordination complex of rhodium with the formula [RhCl(PPh3)3] (Ph = phenyl) is known as Wilkinson’s catalyst.

What is the formula of Wilkinson’s catalyst?

The formula of Wilkinson’s catalyst is Rh Cl(PPh3)3.

What is the product of the hydrogenation of ethyne?

The product of the hydrogenation of ethyne is ethene.

What does Wilkinson’s catalyst do?

No, the Rhodium complex is called Wilkinson’s catalyst.

Which catalyst is used for the hydrogenation of alkene?

Wilkinson’s catalyst is used for the hydrogenation of alkene.

What is the IUPAC name of Wilkinson’s catalyst?

The Wilkinson catalyst [RhCl PPh3)3] is known by the following IUPAC names: A. ChlorotristriphenylphosphinerhodiumIB.

Yes, this catalyst reduces alkynes to alkene but at slower rates.

Which metal is used in Wilkinson’s catalyst?

Rhodium is used in Wilkinson’s catalyst.

How does Wilkinson’s catalyst work?

At an unsaturated carbon position in the molecule, it adds molecular hydrogen. A hydrogen-acyl group can be added to the alkenes using the Wilkinson catalyst. It is vital to the alkenes’ hydroboration process. 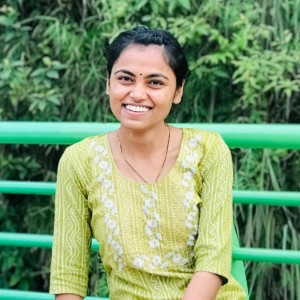 Caffeine: Benefits, risk, and side effects